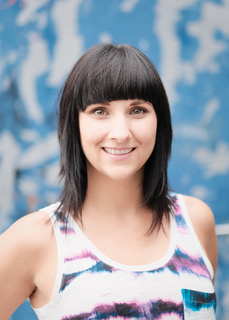 Born and raised in Winnipeg, Manitoba, A J Swobo da grew up with the passion of Dance. The younger of two siblings, A.J. was supported and encouraged by family and friends to pursue a career in the performing arts. She began dancing at the age of three, with exposure to all mediums.

As she started to get inspired by other forms of dance, she decided she wanted more. Her family moved at the age of 14 to Penticton, BC. In her new hometown, A.J. competed in both solos and teams. She achieved a preliminary championship level which took her all over the world.

She has received awards and scholarships from different organizations some of them including the BC Festival of the Arts, Fusion Dance Kamp, Groove Street Productions and Monsters of Hip-Hop. Through her travels, she particularly fell in love with L.A.’s dance world where she lived and trained in jazz, lyrical, contemporary, tap, ballet, and all styles of hip-hop for two years. A.J. chose to spread her knowledge of dance through teaching at the age of 18. With 14 years of dance instructing experience, she has taught at both a recreational and competitive levels, with her students winning numerous high-score and choreography awards each year.

She hopes to inspire people of all ages to pursue their passion through dance.